At our March meeting we had a talk on CMOS chips and how it is likely to be the next big thing in astrophotography. Eddie Carpenter also gave a talk on some things to look for when observing.

Later in March the CAS hosted the Deep Sky Meeting for the British Astronomical Association, which was attended by over 80 people, including several of our own members. My thanks must go to the excellent team that helped me with the catering for this all day event. The whole day was a great success and our visitors seemed very pleased with the talks and our hospitality.

Recently Ian Davies ran a stargazing event in Naunton Park for some local children and their parents. We assembled just after sunset and set up a couple of telescopes, Ian with his ten inch Dobsonian and Neil with his eight inch Celestron. As dusk advanced we started pointing out the brighter stars appearing, such as Sirius, Betelgeuse and Rigel. Then we were treated to a spectacular view of the ISS passing overhead, much to the delight of the children and parents. We also showed them views such as the Orion Nebula, the Double Cluster in Perseus and had a look at the rather distant planet Mars. The event was a great success and thoroughly enjoyed by everyone. Many thanks must go to Ian for organising it.

Our April meeting was the AGM. Reports were given by Neil Havard, the Coordinator, on the past year and by Rod Salisbury, our Treasurer, on the healthy state of our finances. Any members who were not present, but would like to see a copy of the accounts should email the Treasurer through the website, or ask at the next meeting. Malcolm Mitchell reported on the buoyant membership, although we would like to see some more new members. Mark Gibbons reported on the year’s talks and the task of obtaining speakers. Sue Kear, our Secretary, has spent some time dealing with the paper records from the past. These are now archived at Heritage Hub, formerly The Gloucester Records Office. I am most indebted to all our officers for their hard work and support over the past year. I am sure you are also grateful to them for making the Society run smoothly.

There were no new nominations for any of the Officers posts and so each of the current officers agreed to continue for the coming year and were duly re-elected. The Committee members are all aware that new ideas and fresh blood would be welcomed on to the Committee and, although some individuals may be reluctant to stand for office in case the job was daunting, we would like to encourage members who may be interested, to work alongside us for a year to see if they might be able to make a contribution in the future.

Following the business of the AGM we ran the Image showcase, our annual competition for the best astrophoto taken during the year. This year we had 22 images submitted from across the membership. As expected there were many stunning images and they were a delight to see. They included the Orion nebula, various galaxies, the Crab nebula, the Moon and The Milky Way. Various degrees of sophistication had been used to capture and process the images. Some smaller and fainter objects had taken several hours of imaging and detailed processing, while others were single shot or short exposure. After initial viewing, the images were left to run during the tea break and members allowed to vote for their top three. The results will be announced at the May meeting.

Observing in the next couple of months will be rather more challenging with the light evenings of May, June and July, but I still encourage members to do their best where possible. Jupiter is rising in the early hours now as it approaches opposition in early June. Hopefully Jupiter will be ‘the bringer of jollity’ for those trying to get good images of the planet. I wish you luck as its large southern declination will make it challenging to get clear images through a turbulent atmosphere. Those who use video images can at least select the clearest ones to stack.

In June, during the Cheltenham Science Festival, the CAS is hoping to offer some stargazing for those attending. As before, members are asked to bring a telescope to Imperial Gardens on the nights of Thursday 6th or Friday 7th June if the skies are clear. The Moon will be approaching first Quarter and Jupiter may be visible to show the public. Help would be greatly appreciated and I will keep members posted on details.

Very best wishes to you all and please keep coming along to the meetings as there are plenty of good talks ahead.

As was reported by astronomers, corresponding to a natural phenomenon, it was revealed on 17 Februar [...]

Astronomy | It's a challenge, but isolation gives parents a chance to figure out what excites kids to ...
5 April 2020

I can't say why these things interest me, but as I've already said, each child is unique. [...]

BUDDING astronomers from Clydebank are still trying to work out if they witnessed a meteor soar acro [...]

Astronomy Object of the Month: 2020, April. < previous Archive. A systematic study of microvariab [...]

But these days the Saint Mary's University astronomical technician and amateur astronomer has f [...]

A city where use of mobile phones, TVs and radios is completely banned
4 April 2020

The area where this telescope is located is the US National Radio Astronomy Observatory established [...]

It offers detailed research and analysis of key aspects of the global Space Electronics market. The [...]

Learn about the search for life in outer space in part 2 of the Sagan Series featuring legendary Ame [...]

The worldwide explanatory report on the worldwide Space Launch System Market has recently added by A [...]

Compared to dark matter only (DMO) simulations of the same halo, subhaloes are less abundant for rel [...] 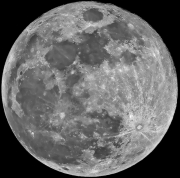 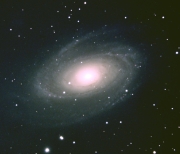