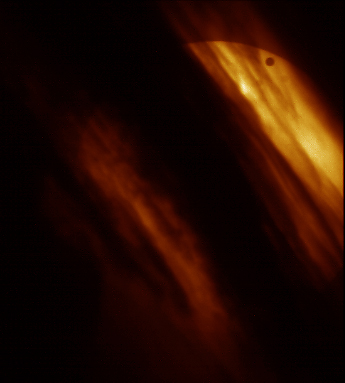 Trial Visits
If you are unsure about joining, you are welcome to attend a maximum of 2 monthly meetings as a visitor to see what you think of the Society. There is a small charge of £2 per person per visit, but if you join the Society during the evening of your visit the charge for that evening will be fully refunded. If you wish to continue beyond those 2 visits we will require you to become a member.

Our monthly meetings take place at Deer Park Archers, Shurdington. See map below or use the What Three Words app to obtain a precise location, using "shudders.stewing.genetics". Visitors are welcome!

The essential guide to astronomy. ... which features research highlights from the journals of the American Astronomical Society. Advertisement ... [...]

Every subfield in astronomy depends on the mass distribution of stars — or initial mass function (IMF) — which has proved challenging for scientists ... [...]

The National Radio Astronomy Observatory is a facility of the National Science Foundation, operated under cooperative agreement by Associated ... [...]

Called the Barbara A. Mikulski Archive for Space Telescopes, or MAST, the database contains astronomical observations from several NASA astronomy ... [...]

Astronomers are planning a fishing trip to land an extraterrestrial interloper on Earth: A small meteorite from another star system that crashed ... [...]

An amateur astronomer shows what you can do with store-bought equipment, take a tour of the … Latest video ... [...]

First-ever detection of gas in a circumplanetary disk - Phys.org
10 August 2022

Scientists using the Atacama Large Millimeter/submillimeter Array (ALMA) and partners at the National Radio Astronomy Observatory (NRAO) have made ... [...]

Six of these small satellites will work together, creating the largest radio telescope ever launched to detect and track hazardous explosive space ... [...]

Radio astronomy is going to be one of the big benefactors of the Pawsey centre upgrade – by its very nature it takes a huge amount of computing and ... [...]

In a first for radio astronomy, scientists have detected millimeter-wavelength light from a short-duration gamma-ray burst. [...]

A new Australian supercomputer has already delivered a stunning supernova ... - The Conversation
10 August 2022

Within 24 hours of accessing the first stage of Australia's newest supercomputing system, researchers have processed a series of radio telescope ... [...]

A recent "gigantic jet" of lighting shot up 50 miles into space, a phenomenon that scientists are just beginning to understand. [...]

Building a 6-mile-wide (10-kilometer-wide) telescope in space may sound like science fiction. But through the combined power of six toaster-size ... [...]

The prevailing theory of cosmology, known as lambda-CDM (referring to cold dark matter), describes how, soon after the big bang, the unseen dark ... [...]

You can listen to the track Dark Matter below. Pre-orders for the Deluxe Edition will open shortly. RECOMMENDED VIDEOS FOR YOU. [...]

Scientists are currently searching for other particles, including axions, supersymmetric particles and dark matter particles, that could explain ... [...]

Dark matter is now thought to have played a major role in galaxy formation. The JWST ought to have the capability of imaging the most distant ... [...]

... even more astonishing things – the discovery of neutrinos, quarks, the Higgs boson and the evidence for dark matter and dark energy. [...]