This is the title of the talk coming up at the next society meeting on the 8th June 2019.

Analysis of starlight by spectroscopy is inspirational and is a fundamental pillar of professional astronomy. But take a look inside popular astronomy magazines and you will not find much mention of amateur spectroscopy. The language of spectroscopy can seem obscure, the physics a bit daunting and for many the technique is poorly understood. The light from stars is however like the cover of a book. Carefully spreading the starlight into a spectrum is like opening the book’s pages. A new world is revealed where there is beauty, science and detective work in equal measure, and it is all readily accessible to the amateur astronomer. The talk will demystify amateur spectroscopy and show how it offers a unique way to observe the Universe.

The atomic structure of hydrogen is revealed in the light from the bright, A-class star Alioth in The Plough. Taken using an 8″ Meade LX90 telescope, Atik 314L+ mono camera, Alpy 600 spectroscope with a 23µ slit, RSpec software. 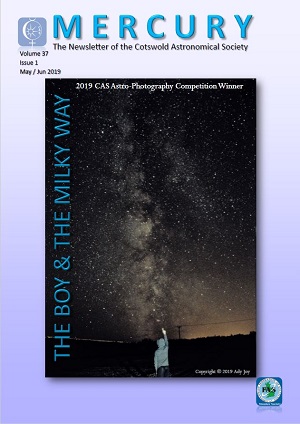 The latest Mercury newsletter is now available and members can download the May / Jun 2019 issue from the Downloads page.

At our March meeting we had a talk on CMOS chips and how it is likely to be the next big thing in astrophotography. Eddie Carpenter also gave a talk on some things to look for when observing.

Later in March the CAS hosted the Deep Sky Meeting for the British Astronomical Association, which was attended by over 80 people, including several of our own members. My thanks must go to the excellent team that helped me with the catering for this all day event. The whole day was a great success and our visitors seemed very pleased with the talks and our hospitality.

Recently Ian Davies ran a stargazing event in Naunton Park for some local children and their parents. We assembled just after sunset and set up a couple of telescopes, Ian with his ten inch Dobsonian and Neil with his eight inch Celestron. As dusk advanced we started pointing out the brighter stars appearing, such as Sirius, Betelgeuse and Rigel. Then we were treated to a spectacular view of the ISS passing overhead, much to the delight of the children and parents. We also showed them views such as the Orion Nebula, the Double Cluster in Perseus and had a look at the rather distant planet Mars. The event was a great success and thoroughly enjoyed by everyone. Many thanks must go to Ian for organising it.

Our April meeting was the AGM. Reports were given by Neil Havard, the Coordinator, on the past year and by Rod Salisbury, our Treasurer, on the healthy state of our finances. Any members who were not present, but would like to see a copy of the accounts should email the Treasurer through the website, or ask at the next meeting. Malcolm Mitchell reported on the buoyant membership, although we would like to see some more new members. Mark Gibbons reported on the year’s talks and the task of obtaining speakers. Sue Kear, our Secretary, has spent some time dealing with the paper records from the past. These are now archived at Heritage Hub, formerly The Gloucester Records Office. I am most indebted to all our officers for their hard work and support over the past year. I am sure you are also grateful to them for making the Society run smoothly.

There were no new nominations for any of the Officers posts and so each of the current officers agreed to continue for the coming year and were duly re-elected. The Committee members are all aware that new ideas and fresh blood would be welcomed on to the Committee and, although some individuals may be reluctant to stand for office in case the job was daunting, we would like to encourage members who may be interested, to work alongside us for a year to see if they might be able to make a contribution in the future.

Following the business of the AGM we ran the Image showcase, our annual competition for the best astrophoto taken during the year. This year we had 22 images submitted from across the membership. As expected there were many stunning images and they were a delight to see. They included the Orion nebula, various galaxies, the Crab nebula, the Moon and The Milky Way. Various degrees of sophistication had been used to capture and process the images. Some smaller and fainter objects had taken several hours of imaging and detailed processing, while others were single shot or short exposure. After initial viewing, the images were left to run during the tea break and members allowed to vote for their top three. The results will be announced at the May meeting.

Observing in the next couple of months will be rather more challenging with the light evenings of May, June and July, but I still encourage members to do their best where possible. Jupiter is rising in the early hours now as it approaches opposition in early June. Hopefully Jupiter will be ‘the bringer of jollity’ for those trying to get good images of the planet. I wish you luck as its large southern declination will make it challenging to get clear images through a turbulent atmosphere. Those who use video images can at least select the clearest ones to stack.

In June, during the Cheltenham Science Festival, the CAS is hoping to offer some stargazing for those attending. As before, members are asked to bring a telescope to Imperial Gardens on the nights of Thursday 6th or Friday 7th June if the skies are clear. The Moon will be approaching first Quarter and Jupiter may be visible to show the public. Help would be greatly appreciated and I will keep members posted on details.

Very best wishes to you all and please keep coming along to the meetings as there are plenty of good talks ahead. 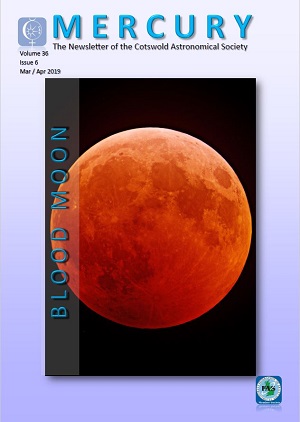 The latest Mercury newsletter is now available and members can download the Mar / Apr 2019 issue from the Downloads page. 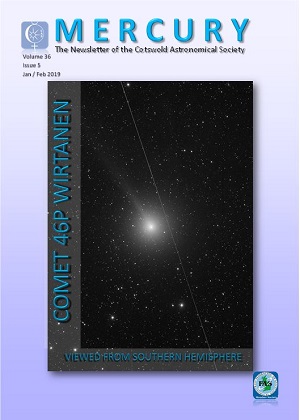 The latest Mercury newsletter is now available and members can download the Jan / Feb 2019 issue from the Downloads page. 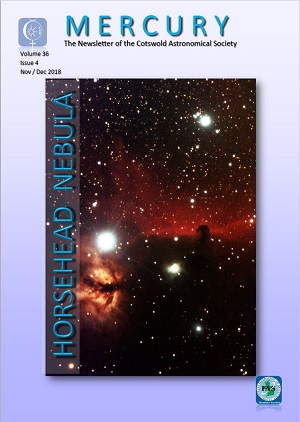 The latest Mercury newsletter is now available and members can download the Nov / Dec 2018 issue from the Downloads page. 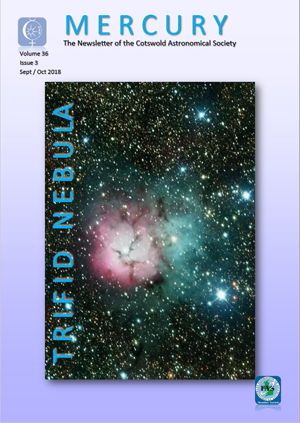 The latest Mercury newsletter is now available and members can download the Sept / Oct 2018 issue from the Downloads page. 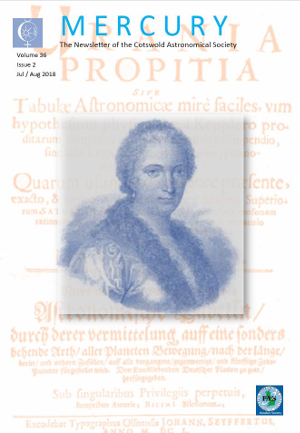 The latest Mercury newsletter is now available and members can download the July / August 2018 issue from the Downloads page. 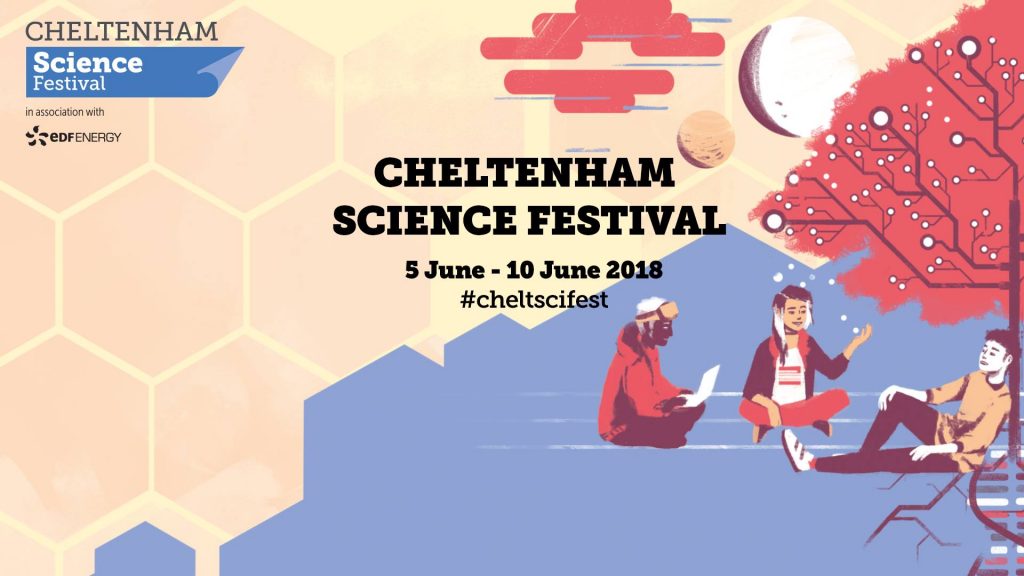 Look out for our stargazing evenings on 7th and 8th June in Imperial Gardens. And we’ll also be at the Family Fun Day on Saturday 9th. All free!

And there are lots of other interesting space and astronomy events running at the festival – check out the programme.

Lunar astronomy is an idea that's been around since the 1960s, but new engineering and technology is at last making astronomy on the Moon a real ... [...]

David Malin Awards honours Between a Rock and Outer Space, capturing the beauty of the night sky
29 July 2021

Operation scientist at the CSIRO Parkes Observatory and administrator for the Central West Astronomical Society, John Sarkissian, said it was shame ... [...]

The Chankillo observatory allowed for remarkably accurate astronomical ... It is the cradle of astronomy in America,” Ghezzi told AFP on a visit to the ... [...]

Vedic astronomy talks of 27 or 28 stars/star groups known as nakshatras and uses them to mark the position of geocentric planets and comets, etc. [...]

“Gravitational-wave observations are revolutionizing the field of astronomy and our understanding of compact objects,” said University of Birmingham's ... [...]

“Based on astronomical observations, 'Oumuamua turned out to have ... or communications dish, which would fit the astronomical data rather well.”. [...]

Here's everything you need to know about the Lunar Crater Radio Telescope, the Ultimately Large Telescope, FarView and the Gravitational-Wave ... [...]

The world's most important scientific facilities, from the CERN Large Hadron Collider to the National Radio Astronomy Observatory, deal with massive ... [...]

Astronomers, after years of observing a pair of Jupiter-like exoplanets ... a giant radio telescope installed in the Atacama desert in northern Chile, that ... [...]

For the study, the scientists turned to the Sardinia Radio Telescope, ... The full findings were published online in Astronomy and Astrophysics. [...]

It was published online in Astronomy and Astrophysics. ... For the study, the scientists turned to the Sardinia Radio Telescope, a 64-metre fully ... [...]

... with his company SpaceX collaborating with the National Aeronautics and Space Administration (Nasa) to launch scientific probes to the cosmos. [...]

... shaking up math curriculums that have gone unchanged since the Space Race. And advocates argue that schools that teach data science will equip ... [...]

... of a U.S. House Committee on Science, Space and Technology hearing last ... to 5G mobile providers despite the scientific community's misgivings. [...]

So, what exactly has the nation's top space agency accomplished over the years ... While it was a time of tragedy for the space agency, the shuttle program ... The orbiting laboratory has been home to scientific research and discovery ... [...]

It will give the Russian side of the ISS expanded science facilities, crew quarters, and a new airlock for spacewalks. Nauka also features a new docking ... [...]

Nauka is 14 years late, but it brings new science facilities and extra space for Russia's cosmonauts. Nauka is set to dock to the ISS on Thursday morning. [...]

Enough to have a more enlightened look at the density of dark matter which gives the rate, slow or fast, of the formation of these clusters. Source. [...]

... dark matter and dark energy or gravity theory and black holes). The best realize that for every answer they find, a dozen more questions are raised. [...]

Man's new best friend: What cats can teach us about human genetics and precision medicine
28 July 2021

Cats have been found to have genetic diseases related to dysfunction of their genetic dark matter, making them a potential model organism for this type ... [...]

He longed for cern 's Large Hadron Collider to find evidence of dark matter. It caused him lasting frustration that Congress in 1993 had cancelled the ... [...]

... were fearlessly tackling the shadier side of life, then Lou Reed's New York indie outfit was mining musical dark-matter in the dead of night. With their ... [...]